The new anti-money laundering (AML) law of the UAE took effect at the end of October 2018. Containing features recommended by the Financial Action Task Force (FATF), the new law introduces subtle but important changes to the AML landscape in the UAE.

It was an often overlooked feature of the 2014 amendments that AML compliance throughout the economy was required. This is continued and enhanced by the new statute. Both Financial Institutions and DNFBPs are required to comply fully with the express prohibitions contained in AML statute, to report suspicious transactions to the Financial Information Unit of the Central Bank, to conduct due diligence with counterparties, to adopt internal guidelines to ensure that AML violations will not be committed inadvertently, to provide regular training to personnel, and to conduct regular and ongoing AML assessments of the business risks and sector risks that they face. Regulators throughout the UAE are instructed to ensure compliance with these requirements.

In a potentially significant change, the new statute obliges each Financial Institution and DNFBP to conduct a risk-based assessment of its business activities and to adopt compliance measures based upon such risk-based assessment. An appreciation of the risks should guide conduct of due diligence of proposed customers and ultimate beneficial owners so that AML efforts might be most efficiently deployed. The previous law did not mandate a risk-based approach to AML obligations, and indeed a non-calibrated “one size fits all” approach was widely used in the conduct of due diligence investigations on proposed customers and counterparties. Importantly, the new law leaves open the question of which factors a Financial Institution or a DFNBP would consider when undertaking the assessment. We expect that this will be clarified in due course by the anticipated implementing regulations.

The law enforcement toolkit is substantially enhanced by the new statute. The authorities are given enhanced ability to investigate and prosecute offenses and to gain access to records in connection with the same. The power of the Central Bank to order an account freeze based on a suspicious activity report is maintained, but such a freeze may now be extended by order of the public prosecutor or its delegate beyond the initial seven day period, whereas the previous law required a judicial order for such an extension. Sanctions for violations are substantially enhanced, including measures directed at individual managers and directors. In a measure inspired by practices followed in London and Washington, the authorities are given the power to impose continuing reporting and monitoring obligations on businesses following an initial indictment.

In addition, there are express obligations to cooperate with international investigations and enforcement measures. The new statute addresses matters such as the collection of documentation, interrogation of witnesses and extradition of suspects, as well as the honoring and enforcement of orders and judgments from foreign countries.

In terms of prohibited conduct, the new statute makes only minor changes in comparison with the 2014 amendments. The definition of a predicate offense is considerably expanded. A predicate offense is now defined as any act constituting a felony or misdemeanor under the applicable laws of the UAE, whether the act is committed inside or outside of the UAE, when such act is punishable both in the UAE and in the country where it was committed. In addition, it is now stated unambiguously that the handling of funds that are tainted by association with a terrorist organisation or an illegal organisation would be a money laundering offense.

The obligation to file suspicious transaction reports with the Financial Information Unit of the Central Bank is maintained. However, for the first time, a professional privilege exception is introduced applicable to lawyers, notaries and other legal professionals and independent legal auditors. The scope of this privilege, never before acknowledged expressly in the AML context, is to be elaborated in the implementing regulations.

The FATF is scheduled to commence a mutual evaluation with the UAE in mid-2019 on the current state of AML compliance in the UAE. The new statute is a proactive initiative to introduce best-practice AML regulations according with the FATF’s guidelines. ■ 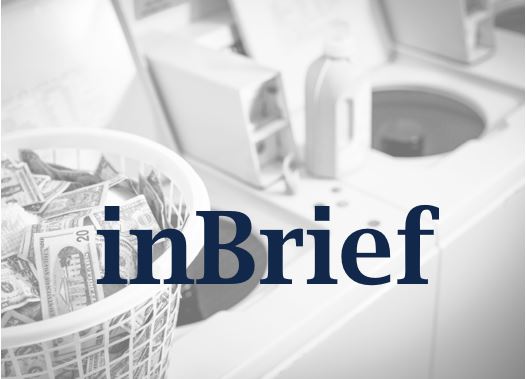