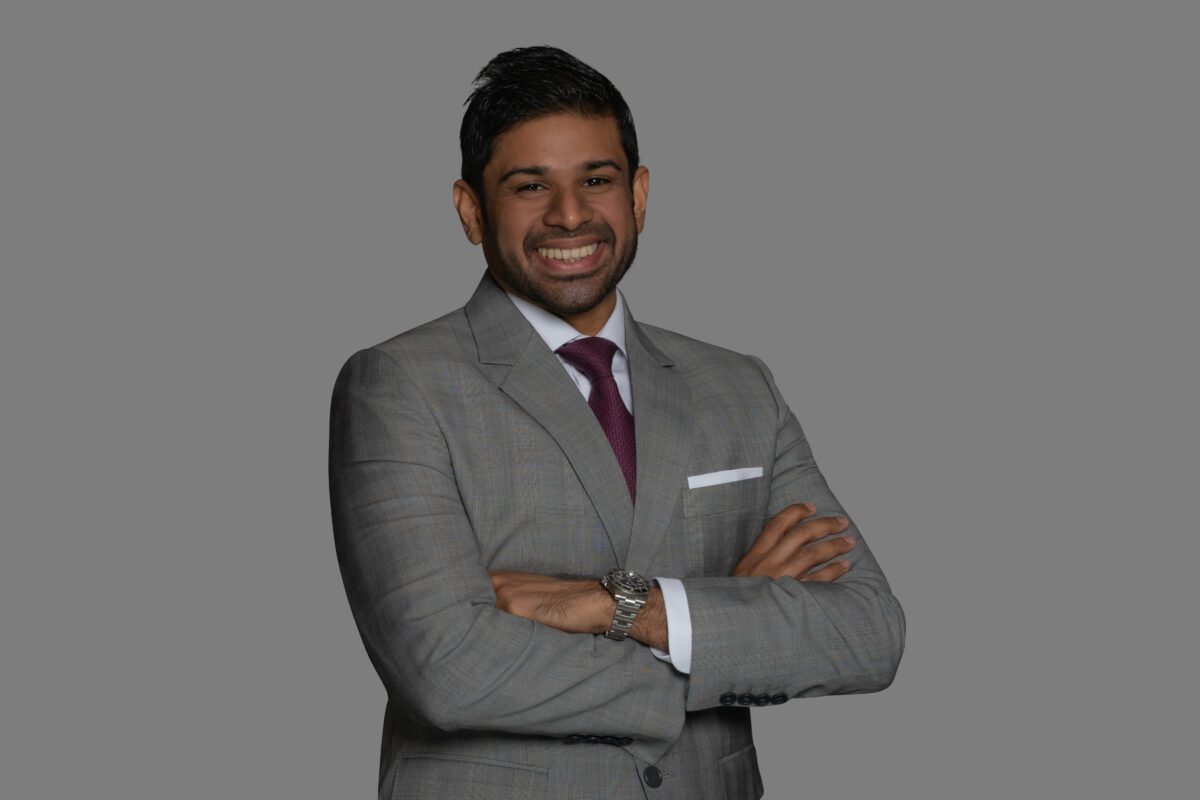 The approval of the long awaited Federal Law on Arbitration by the Federal National Council was announced in March this year. The introduction of a comprehensive stand-alone law on arbitration is a welcome development in the UAE, and the new law will replace the provisions of Chapter Three, Volume II of Federal Law 11 of 1992 (the Civil Procedure Code) which to date comprise the only legislative provisions on arbitration in the UAE (outside of the Dubai International Financial Centre (DIFC) and the Abu Dhabi Global Market (ADGM)).

We set out below some of the highlights of the new law approved by the Federal National Council. Since this article was written, Federal Law No. 6 of 2018 has been issued promulgating the new law. The official gazetted version of the law is yet to be released, and there is a possibility that some of the articles of the new law referred to below have undergone further amendment, although it appears to be unlikely.

Application of the Law

Article 2 of the new law provides that its provisions shall apply to all arbitrations conducted in the UAE unless parties “agree to submit to another arbitration law”. It is likely that this provision is intended to accommodate parties who have chosen the DIFC or ADGM as their seat of arbitration. Article 59 of the new law goes on to state that the provisions shall apply to every arbitration “effective” at the time when it comes into force, which would include ongoing arbitration proceedings. Article 3 of the new law appears to envisage extra-territorial application where (a) the parties have agreed to be bound by this law for arbitrations conducted overseas, and (b) where the underlying dispute arises with regard to a legal relationship “organised by the applicable laws of the country”. It is unclear how the latter will operate in practice.

The new law addresses a number of issues hitherto unaddressed in legislation (unsurprisingly, given that the previous legislation comprises only 15 articles in the UAE Civil Procedure Law) and addresses other issues in greater detail. A few examples are set out below.

a. The Arbitration Agreement

The new law maintains the requirement that an agreement to arbitrate should be in writing. However, the new law provides that this requirement may be satisfied by reference to communications between the parties. This is consistent with case law on this point such as the judgment of the Dubai Court of Cassation in Civil Petition for Cassation No. 73/2010, which held that a written agreement to arbitrate may be evidenced through written correspondence between parties. It is helpful to have legislative affirmation of this point.

The new law has expressly permitted electronic means of agreement to arbitrate in accordance with the laws in relation to electronic agreements. The new law also provides that an arbitration clause will be valid by reference if contained in standard form conditions, provided that the reference is clear and explicit.

Article 6 of the new law recognises the concept of severability of an agreement to arbitrate, which is a well-established principle in arbitration and is reflected in the arbitration rules of the DIAC, DIFC-LCIA and the ADCCAC.

Article 8 of the new law provides that where a party institutes proceedings in court notwithstanding the existence of an agreement to arbitrate, the court shall dismiss the proceedings if the defendant asserts a jurisdictional objection based on the arbitration agreement before making submissions on the merits of the dispute. This is a more flexible requirement contrasted with the provisions of Article 203(5) of the Civil Procedure Code, which requires the defendant to assert the jurisdictional objection at the first hearing. Article 8 goes on to provide that arbitration proceedings may be instituted or continued notwithstanding that judicial proceedings have been instituted challenging the validity of the arbitration agreement.

Article 19 of the new law provides that an arbitral tribunal may rule on its jurisdiction (or lack thereof) (kompetenz-kompetenz) including objections with respect to non-existence, expiration or nullity of an arbitration agreement by way of a preliminary judgement. Such decision is appealable within 30 days of such decision to a competent court whose decision would be final. The tribunal may continue with the arbitration notwithstanding the appeal being pending.

c. Limitations for Preliminary Objections before the Tribunal

Article 20 sets out a deadline for submitting a plea for the lack of jurisdiction of the Arbitral Tribunal on the following grounds:

i. A defence that the tribunal has no jurisdiction has to be submitted not later than the  time fixed for the respondent to submit his statement of defense.

These limitations may be waived by the tribunal, provided reasonable justification for delay is provided by a party.

Article 25 provides that a party who continues to participate in an arbitration, without objection notwithstanding being aware of violation of the arbitration agreement or the law will be presumed to have waived his right to subsequently rely on such violation. Such an objection must be made within any agreed time limit, or in the absence of an agreed time limit, within seven days from the date of becoming aware of such violation. The provisions of Article 25 do not apply where matters of public policy are concerned.

The new law has the welcome addition of specifically recognising interim or partial awards and provisional measures granted by an arbitral tribunal which would facilitate emergency arbitrations and interim awards in the nature of injunctions available under certain institutional rules (e.g. ICC Rules and DIFC-LCIA Rules). Article 21 sets out provisional awards that may be issued by the tribunal:

a) Awards preserving evidence that is likely to be essential in the dispute resolution.

b) Awards to take the necessary measures to protect the goods that constitute a part of the dispute subject matter (e.g. to deposit goods with a third party, to sell damageable goods).

c) Awards to preserve the assets by which a subsequent decision may be implemented.

d) Awards to preserve the situation as it is (i.e. maintain status quo) or to be resorted to its previous position until a decision on the dispute.

Such awards will now be enforceable through court and will have the effectiveness of a court order, once recognised. Article 21 of the new law further allows a party issued with a provisional measure to request a court to order the execution of such a measure.

An arbitral tribunal on its own accord or upon the request of either party is empowered to apply for a court order to obtain any evidence it requires, including the ability to compel a witness to give evidence and produce documents. While similar powers are given to arbitrators under Article 209 of the Civil Procedure Code, the new law does not require that the arbitration proceedings be suspended until such an order is obtained from court as presently required under Article 209.

Absent an agreement between the parties on the length of an arbitration, the new law (as is the position under the Civil Procedure Code) sets a time limit of six months from the date of the first hearing for the issuance of an award, with the arbitral tribunal having been given the power to extend the deadline for up to a further six months. Article 42(1) suggests that the parties may agree to an extension of more than six months. Article 42 of the new law provides that any extension of time beyond this period needs to be by way of a court order. Many existing arbitration rules provide that the administering institution has the power to extend the deadline for an award. Examples of such provisions are found in the DIAC Rules and the DIFC-LCIA Rules as well as the ICC Rules of arbitration. How the provisions of the new law will interact with such provisions (particularly the DIAC Rules, which are issued by Decree of the Ruler) will have to be seen.

Article 212(4) of the Civil Procedure Code required an award to be issued in the UAE, failing which the award will be treated as a foreign award. This requirement is commonly interpreted to mean that the arbitrators must sign the award in the UAE. However, Article 41 of the new law dispenses with this requirement and recognises that domestic arbitration awards may be signed outside of the place of arbitration and may even be signed electronically.

Article 53 of the new law provides that an arbitration award may be nullified on the following grounds:

b) Where one of the parties at the time of entering into the arbitral agreement was a minor or lacked capacity pursuant to the law governing his capacity.

c) If one of the parties to the arbitration was unable to present a defence because such party was not properly notified of the appointment of an arbitrator or of the arbitral proceedings, etc.

d) If the arbitral award discarded the application of the law agreed to by the parties on the subject matter of the dispute.

g) If the award contains decisions on matters not included in the arbitration agreement or beyond the scope of such agreement (any portion of the award separable from the rest which comes within the scope of the agreement may be held valid).

These grounds appear to be a restatement of the present grounds set out in Article 216 of the Civil Procedure Code in more detail and increased scope.  These provisions also mirror the grounds for refusal to enforce an arbitral award as recognised by the New York Convention with the exception of the ability to refuse recognition on the basis that the award may not yet have become binding on the parties, or has been set aside or suspended by a competent authority of the country in which, or under the law of which, that award was made- a recognised ground under the New York Convention.

The new law requires that a court execute a ratified arbitral award unless it finds a cause for nullity as set out above. An execution can be stayed only by a decision of court.

Article 54 provides that if a party wishes to annul or set aside an arbitration award, it should commence court proceedings for an order of nullification within thirty days of receiving the award.

In circumstances where proceedings have been filed for the nullification of an award, Article 54 of the new law provides that the judgment of such an action shall be appealable only by way of cassation. ■

The foregoing is only a preliminary view on some of the features of the new arbitration law, which will come into effect in 30 days of being published in the gazette. Afridi & Angell will be releasing a more in-depth commentary shortly.