The DIFC in focus 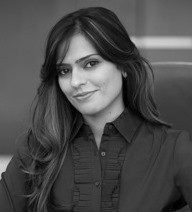 A new Dubai Decree on rental increases issued at the end of last year has significant implications for the current practice of landlords in the DIFC. Previously, there was no rent cap law in the DIFC. Now, Decree No. 43 of 2013 on Determining the Increase in the Real Estate Rentals in the Emirate of Dubai also determines the extent to which rents may be increased in the free zones, and expressly refers to its applicability in the DIFC. As a whole, the Decree applies to landlords in all of Dubai.

The Decree provides a mechanism for calculating the maximum rent increase permitted, if at all, upon renewing a lease. The calculation is determined by reference to the average rental value in the area where the property is located and the percentage to which the rent pre-renewal falls short of that. Article 1 of the Decree sets out the maximum increase in rent allowed depending on the difference between the rental amount and the average rent paid in the area. No rent increase is permitted where the rental amount is up to 10 percent less than the average rental in the same area.

Following a two-month consultation period, the 2014 edition of the Rules of the DIFC Courts have now been published. The Rules governing the Courts’ procedures have been revised to incorporate several important changes including provision for a cost-free trial for pro bono litigants under Part 38, whereby the Pro Bono Panel may decide, subject to certain criteria, to grant such litigants a trial without the risk of legal costs being awarded against them if they lose, and changes to Part 28 which governs the production of documents.

With respect to the revised Part 28, the intention is to bring the provisions more in line with the International Bar Association’s disclosure rules. Importantly, the revised part provides for co-operation between the parties where the volume of documents to be searched is likely to be extensive requiring the parties, where possible, to exchange preliminary production requests in draft form before standard production of documents takes place. Any such exchange should not limit the parties’ rights to submit further requests to produce documents thereafter. Also of significance is that the grounds for excluding documents from production have been extended to include considerations of procedural economy.

Memorandum signed between DIFC Courts and Federal Court of Australia

Further to the memoranda signed between the DIFC Courts and the UK Commercial Court in January 2013, and the Supreme Court of New South Wales in September 2013, in March this year the DIFC Courts have signed a similar memorandum with the Federal Court of Australia addressing the reciprocal enforcement of money judgments.

As with previous such memoranda signed by the DIFC Courts the intention is to assist investors and those interested in doing business from the relevant jurisdiction in the region, and encourage and develop closer trade and investment relations between that jurisdiction and Dubai by increasing confidence and certainty in the legal system.

Amendments to the DIFC Arbitration Law

DIFC Amendment Law No.6 of 2013 (the Arbitration Amendment Law) enacted in December 2013 amends the DIFC Arbitration Law No. 1 of 2008 and gives the DIFC Courts the power to stay court proceedings in favour of arbitration with a seat outside of the DIFC. The amendment seeks to clarify the law and bring it in line with the New York Convention, to which the UAE is a signatory. The amendment was necessary to effect the obligation under Article II(3) of the New York Covention which requires that a court of a Contracting State, if seized in a matter in respect of which there is a valid arbitration agreement between the parties, shall refer the matter to arbitration.

Previously, Article 13(1) of the DIFC Arbitration Law No.1 of 2008 was held in the case of Injazat Capital Limited v Denton Wilde Sapte (2012) only to empower the DIFC Courts to stay arbitration proceedings where an arbitration agreement stipulated the DIFC as its seat. The judgment acknowledged that it “would thwart the promotion of the DIFC as a jurisdiction supportive of arbitration.” The amendment to the law has been welcomed as one that resolves this issue by expressly providing that the DIFC Courts’ power to stay proceedings under Article 13(1) also applies where the seat of arbitration is not the DIFC. ■

Service of claim documents within the jurisdiction and abroad Q&A: DIFC